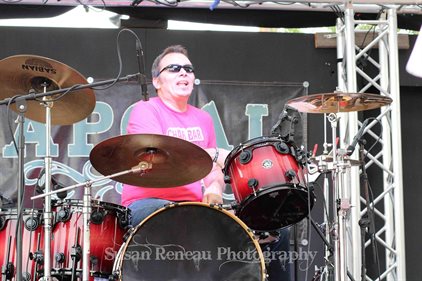 Dana has a been a staple of the Fresno music scene since arriving here in the late 80's. Dana drummed in several metal and rock bands before joining popular Top40 / Classic Rock band "Hard Times" and spent well over a decade
playing venues throughout the valley.

It was during that time that Dana was asked to join powerhouse Pop/Punk band "South of Shaw". Dana performed on, recorded, and mixed their sophomore album "June" and the band toured California sharing the stage with acts such as Plus 44, Angels & Airwaves, Sum 41, The Ataris, 30 Seconds to Mars, and others.

Dana has also been a regular on the worship teams at Clovis Hills Community Church and Two Cities Church, and has recorded half a dozen records with various christian rock artists such as Amanda Duran and Alan Yerxa.

After playing such a variety of music, Dana leapt at the opportunity to play Modern Country with Dakota Crossing and is looking forward to entertaining fans everywhere.